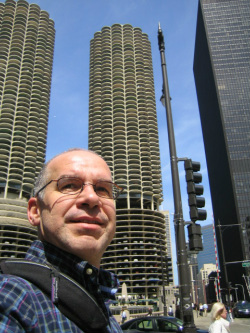 With a natural curiosity for knowing how things work, Antonio became a Mechanical Engineer at the Universidad Simón Bolivar in Venezuela (an internationally well regarded institution). After several beginning work experiences, Antonio discovered that he could also make a good use of his creativity and work ethics in the financial and negotiation world.

In his late 20s, while studying his MBA in Finance in Venezuela, Antonio decided to no longer work for his family's business. He wanted to seek his own career, where he could become his real self. While at the MBA, Antonio became a Fire-Prevention and Protection Certified Risk Inspector. During that time, Antonio also embarked in a joint venture to import the first in-line skates brand in Venezuela (Bauer), in 1990-1991.

In early 1992, after finishing his MBA, Antonio realized that he wanted to pursue a career in finance, specifically in an area that would involve analytical and negotiation skills. Since then, he has worked for both large and small investment banks in the corporate finance area (related with security issuances, valuation and securities trading). Later, considering himself as a global citizen, Antonio decided to expand his career internationally with the idea to continue to have an impact on his region, Latin America. This is how, in 1999, Antonio started working with the Inter-American Development Bank group in Washington, DC.

During his experience at the Inter-American Development Bank group, while living in Washington, DC, Antonio noticed his enthusiasm for working with people, even under distressed scenarios. Antonio led and participated in multiple negotiations where he enjoyed interacting with different personalities and challenging circumstances. Antonio realized that his focus on coaching and empowerment is a way to put in practice his life purpose: "Empower people's inner light".

Since his relocation to the US, Antonio also discovered his profound drive to contribute to others’ wellness in the community. Antonio has volunteered for many institutions (at the Allegheny General Hospital, at the Andy Warhol Museum, at Math Tutoring and Spanish Literacy centers, as a Big Brother (for the “Big Brothers Big Sisters “ program), at the Peer Helper Program of the Whitman-Walker Clinic, and at the Tibetan Hope Center in Dharamsala, India).

In late 2012, Antonio decided to pursue his calling to coach and empower Executives and Individuals on a full time basis. In 2014, Antonio obtained his credential as Certified Professional Co-Active Coach (CPCC) from the Coaches Training Institute ("CTI" - a pioneer in the industry considered as a gold standard). Subsequently,  also earned his certification as an Associate Certified Coach (ACC) by the International Coach Federation ("ICF" - the leading globally-recognized association setting standards for training and professional ethics for coaches).  Antonio is part of the roster of coaches of Bridges in Organizations, which renders coaching services to the World Bank Group. Antonio is also part of the Ken Blanchard Companies' coaching services. In early 2014, Antonio started writing for AARP in Spanish on job search and career matters, from a coaching point of view.